You are here: Home > Responses > Beatriz Hausner – “First is the Beloved”

Beatriz Hausner – “First is the Beloved”

The following suites are in response to Deep Blue vs Kasparov, Game 1 (1996) and the ChessBard’s translations of the game.

First is the Beloved: he Entreats and raises the stakes to Fourth
of seventh month. Next is the Beloved and he Forwards the Sixth
place of white and moves Two to black. Enters the Beloved to Fifth.
there is a house. Not Deciding on Five the Beloved moves in again
on the Third he Decides to find the significance of the number Four
he is Deciding the Beloved for the Sixth time and multiplies again
by Four. Net white. Fair black Three times Get to Six with Five Behind
not Caring about those Four times or however many the Beloved
it matters Not to Be Six times Six. Be. Being Three decades since
the Beloved got Going to the Seventh year this one be lucky seven.

One from the two

Seven. Never the Body seemingly and because it Does take long
to fuse the Two into One. “One from the many” enduringly. As
to the number Eight, raise it. The beloved Has a number Three
between his teeth. He chews it bitterly and twice per day At
times Five times is the sum of Four Plus Four Plus One [Nine]
times I raise the Beloved to my tongue. The Date of birth of
this lover of the Beloved is Always Four. (they yearn because
of an interruption lasting three times ten, such as it is, it is). Back
to Nine and a complex system of Four again for Divinity Was
there. Excluding Xanthippe, for she was not a kind woman. She
still persists in meanness and eXcluded remains. Five times so.
And moving on to Ten. Period. Let me speak your name: it begins
with the letter D. Excluding Et al for now and for a while longer
It is just you and me. I repeat: Five is the Number All believe
to be lucky and not Six because it does not equal One plus One
Nor does it gather itself inside this person who goes On and On
Collating Fives to come to rest her head on a soft surface made
of squares her head at peace finally on the chess board the win.

such a one, so brave*

Twelve times one equals twelve years of Questioning the meaning of
ECSTASY: one plus one always equals Two. Question: What is it
made of? The Eight day of June. Thirteen adds up to four because
the sum of one plus three is four. Rather the NEt value of Four it must
be and Not Be. eXhale As breathing Four times in a row totals Fourteen
inhalations. Breathing myself into me. Being me. You be me. eXhale
once Again on the tenth month is a Fourth day. A day like the Fifteenth
day in creation is Rebirth Equivalent and equal to four plus One of None
can you say he was such a one, so Brave. We have arrived at the Sixth
month again and again at the Sixteenth day today Being Day is today
the Two are as one Always always always towards Fourth day may I live. 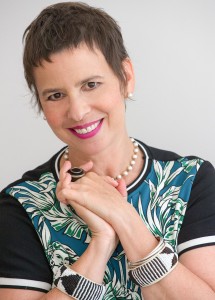 Beatriz Hausner has published several collections of poetry. Her latest, Enter the Raccoon (BookThug, 2012), explores the love relation between a woman and a human-size raccoon as they transmute into other forms of life, become and escape machines, travel through history and enter the beyond, here and now. Her work has been published in Dutch, Spanish and French translation. She herself is a translator, principally of Latin American surrealist works, including the poetry of Cesar Moro and the Chilean surrealist group Mandragora. Hausner is the current Chair of the Public Lending Right Commission.